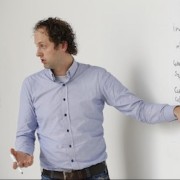 When I see a new scrum team go out into the ‘real world’, I already know they have some difficult challenges to overcome. They leave the training room with a lot of energy, the Product owner carrying his backlog and the team planting a flag to claim their scrum room. They already forgot that I told them several times that Scrum is easy to learn but extremely difficult to master. They understand the rules of Scrum, how hard can it be? So, the first sprint starts.

This is always a fun sprint. It’s like having a new car, it feels great but you still are figuring out what all the buttons do. You also cannot go full speed yet. As the team is probably setting up their environments, determining the way of working regarding architecture, testing and working as a team. They also spend a lot of time with the product owner who is working full speed to get enough work ready for the upcoming sprint.

Now, team is getting up and running. They have done their second sprint planning and might have already picked up some functional items, even though they might be very small, the team has a feeling they are actually adding value! That feels great, everybody is happy. This Scrum thing is cool!

And then there is sprint 3! This is where I see almost every team struggle. The first things have been done (hopefully those that maximized value) in the previous sprint. Now they have taken up some more stories, confident as they are, and this is where it becomes interesting. Within a couple of days the team realises that the assumptions they made in the previous sprint don’t work out that well  with the items they picked up this sprint. That makes sense and isn’t bad at all. Now they see the power of Scrum but they do not realise it yet. From their previous experience doing waterfall projects, such problems only come up somewhere in the final weeks of a project. Now, the team is only in their third sprint!

This is the moment where the Scrum Master or coach has to help the team and get them out of this mind-set that everything is going wrong. This is supposed to happen and it can always be solved. Since this is only the third sprint, impact on the product will be limited. So is the time loss.

If you, as a team, are able to overcome this disappointment and be able to embrace change, then a bright future lays ahead. Once you figure out that next to having a team responsibility of delivering an increment of your product in the next sprint. You also have a lot of possibilities and tons of freedom how you get there it is easier for the team to adjust their way of working to become better, deliver higher quality increments. As a team you experience the true power of agility. Until….

Knowing as a Team how to overcome problems you as a team run into will accelerate the teams output for the first couple of sprint. However, somehow usually around the tenth sprint, they are getting towards a Minimum Viable Product release. So now they are going to have to deal with the rest of the organisation which in most cases aren’t used to working with scrum teams. This is where the team runs into problems getting the product actually delivered. These problems vary: unwilling acceptance testing departments, quality assurance or marketing. It can be anything, but again the team will run into a wall. But now they are a team fighting the rest of the organisation. This can result in the team becoming bitter and demotivated although they have a great product(still under development but good enough to ship), but they are not rewarded by the product being installed at their first customer.  Again, the role of the scrum master is crucial. As it is his role to not only coach the team but also coach the rest of the organisation. The Scrum Master has to help the organisation to support the team and needs to adapt their processes a little. Again, making sure that the entire organisation is ready for change. Rapid, iterative change with value being added every sprint!

Yes, Scrum is great, Scrum works and once you learn that as a team you have the freedom to overcome difficulties you will experience the true power of Scrum. This all starts with embracing  the fact that ‘Change is the only constant’. How you deal with these changes as a team and if you use the freedom and opportunities Scrum offers you, determines if you are on the path to become agile!